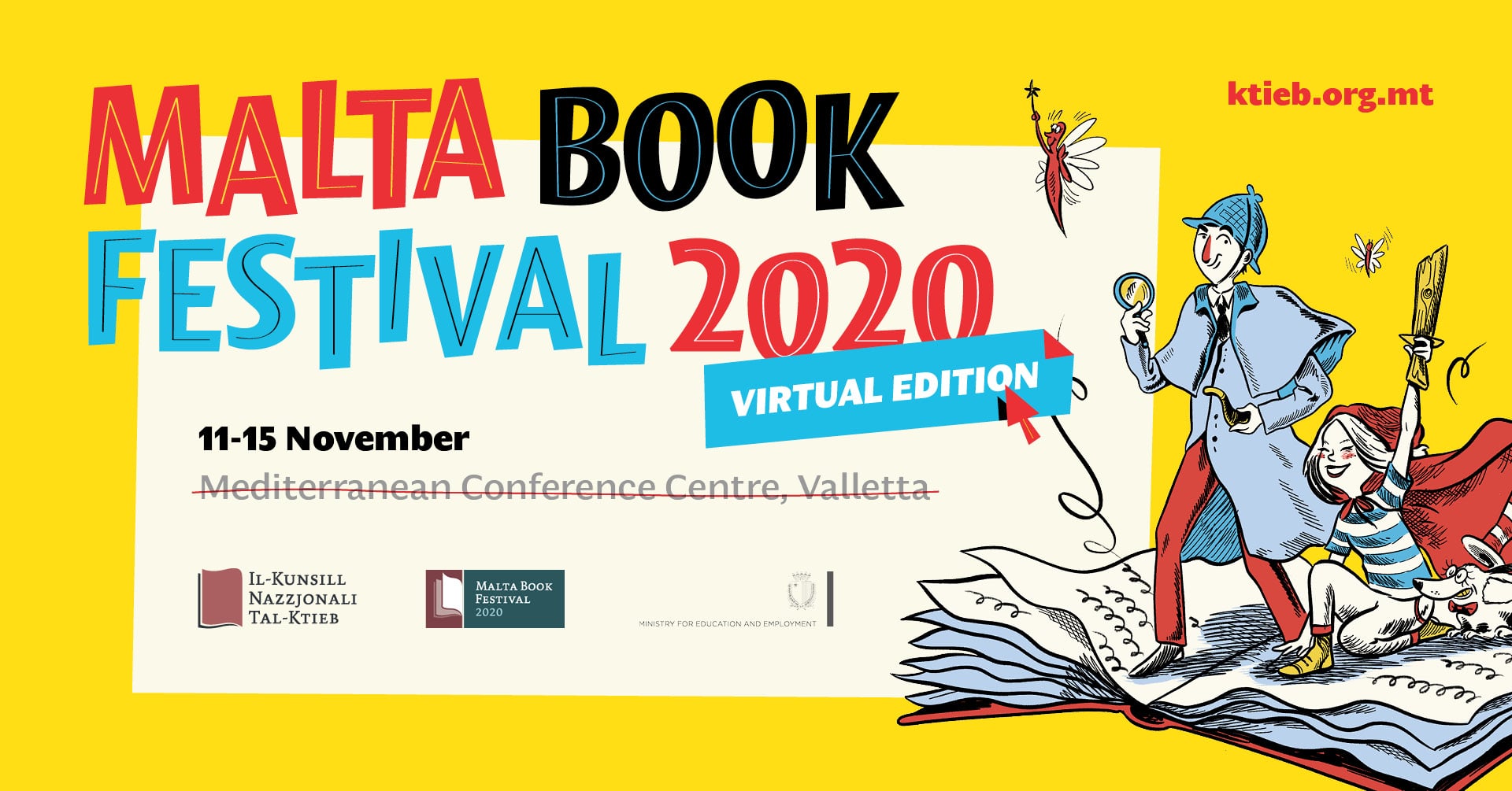 With just over a week to the start of the 2020 Malta Book Festival, featuring a varied events programme put together by the National Book Council and participating publishers, we have gathered here all the information you need to know about how this first virtual edition is aspiring to forge an online community of writers, publishers and readers in Malta.

The programme contains more than sixty activities spread over five days, including book launches and presentations, meetings with authors, working groups and discussions, as well as a range of activities curated especially for children. All of the events in the programme will be streamed online via the National Book Council website and Facebook page. 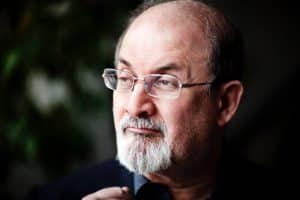 The special international guest of this edition of the Festival is one of the most celebrated authors of our time, Sir Salman Rushdie. He is the author of a handful of classic novels, including the acclaimed The Satanic Verses, The Moor’s Last Sigh and his masterwork of magic realism, Midnight’s Children, for which he won the prestigious Booker Prize. Rushdie has influenced a generation of writers and stands as both a pop culture icon and one of the most thought-provoking proponents for free speech today.

In the first of two events in which he will be participating, Salman Rushdie will be joining the recipient of the 2019 National Book Prize Lifetime Achievement Award, Dr Alfred Sant on the evening of 11 November in a conversation touching on the achievements, influences and current preoccupations of the two great writers, led by Prof Clare Vassallo. A seminal figure in Maltese literature following a long and distinguished literary career, Dr Alfred Sant is the author of a notable list of published works ranging from novels, short stories and plays, as well as political and autobiographical writings. Besides the Lifetime Achievement Award, Sant has won the National Book Prize on five different occasions and in different categories. The following day, on Thursday 12 November, Rushdie will be directly engaging with readers in the form of a digital Q&A moderated by Prof James Corby.

Thematic discussions of relevance to the local context: politics, translation, and influence

The National Book Council is this year also organising a number of thematic discussions featuring local and international authors, publishers and translators. ‘Beyond Borders’, streaming on Thursday 12 November at 8.00pm, reflects on literary translation as a vital means to connect individuals at a time when our movements across the globe have become restricted, and brings together Eran Katz, the best-selling Israeli author of Secrets of a Super Memory and Jerome Becomes a Genius; Katryna Storace, co-founder of Praspar Press, a recently established micro publisher of contemporary Maltese literature in English and English translation; author and Arabic translator Walid Nabhan; Maltese publisher Chris Gruppetta; and Kristina Quintano, translator and publisher of Maltese works into Norwegian.

Coinciding with the recent republication of the highly politicised cult-classic Il-Manifest tal-Killer, author Karl Schembri will be joined by writers Nadia Mifsud and Wayne Flask, and EDE Books founder Zvezdan Reljić for ‘Words of Protest’, an exchange, moderated by Dr Adrian Grima, on the various forms of literary expressions of protest in Malta taking place on Saturday 14 November.

The last of the Festival’s discussions, this time on the influence of various forms of literary publicity and criticism, ranging from traditional forms, end-of-year best books lists, book prizes, Goodreads and BookTube, and moderated by writer and journalist Teodor Reljić, will feature Jen Calleja, translator from German of Marion Poschmann’s The Pine Islands (Profile Books, 2019) and shortlisted for the Man Booker International Prize 2019; Prof. Ivan Callus, lecturer of literary criticism and theory at the University of Malta Department of English; and Robert Pisani from the review blog The Bobsphere.

An online festival for more than 10,000 students in Malta and Gozo 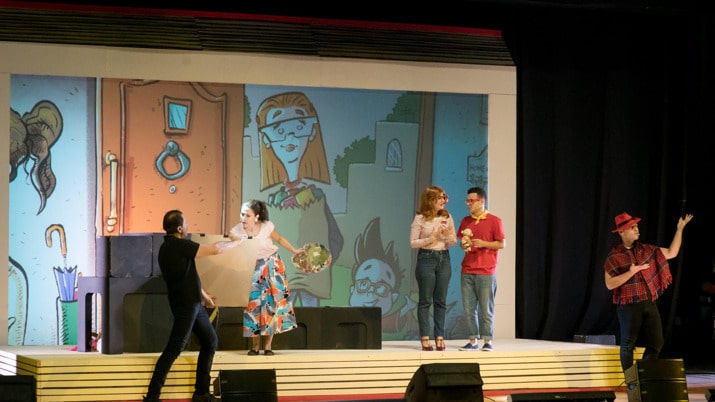 The NBC has also risen to the online challenge in our services towards a key part of the Festival’s annual audience – children and adolescents. Theatrical shows based on adaptations of Terramaxka Prize winning works will be streaming directly to school classrooms across Malta in Gozo. Antonella Axisa is leading a troupe of actors in the production of two performances aimed at different age groups and based on 2020 Terramaxka Prize winning works works, which will be announced the on Tuesday 10 November at 7 pm during the Opening Night and Terramaxka Prize Awards Ceremony. The comic duo Danusan are also producing a series of episodes on prize winning books from the past five years, featuring improvisations and the participation of the public. The English show on the secrets of a super memory on Friday 13 November at 9:30 am will feature Eran Katz.

In the coming days, every student registered for the Festival will be receiving a €5 voucher which can be redeemed from the online store of booksellers and publishers participating in the Festival. Students and their parents or guardians will be receiving the voucher and all the necessary instructions on how to redeem it by email. We want both children and caregivers to become more familiar with local publishers and the experience of buying books online. In addition, we are supporting the local book industry. We hope that the Malta Book Festival provides teachers, students and their guardians with an incentive to further familiarise themselves with Maltese publishers, their online stores and support the local book industry.

Now in its second year, the prize giving ceremony of the 2020 Doreen Micallef National Poetry Contest will be broadcast on Friday 13 November at 7 pm. This evening provides an opportunity for those who appreciate poetry to tune in for the announcement of the winners of the most important single poetry competition in Maltese, the Doreen Micallef National Poetry Contest, followed by illuminating readings by the winning poets.

Another event which the public looks for in the programme is the one which the NBC has been organising every Saturday of the Festival: the celebration of a literary career of one Maltese writer. Last year the Lifetime Achievement Award was given to Dr Alfred Sant, and therefore the production house Take//Two, directed by Abigail Mallia, has produced a new short documentary feature about Dr Alfred Sant’s literary life as witnessed through five of his most acclaimed works. The documentary will be premiered at 8.30pm.

Book launches and presentations remain a staple part of the Festival with new publications by exhibitors AVC, BDL, Faraxa Publishing, Kite Group, Horizons, Merlin Publishers, Midsea Books and Klabb Kotba Maltin, and Istituto Italiano di Cultura.  Notable book presentations include the upcoming new edition of Dante Alighieri’s La Divina Commedia (Alfred Palma trans.), which will be published in 2021 on the occasion of the 700th anniversary of Dante’s death, and the 39th issue of Leħen il-Malti by Għaqda tal-Malti – Università, a talk on the Maltese translations works of Albert Camus’ selected works, and an interview with Daniel Holmes in which Lovin Malta will be presenting the prison time memoir A Memoir From Malta’s Prison: From a cage, on a rock, in a puddle, among others. The NBC has also sponsored the first ever publication of The Malta Illustration Annual by the newly-formed Malta Community of Illustrators (MCOI), whose aims is to bring together professional illustrators, promote the use and education of illustration as an effective communication tool in Malta and safeguard the rights of illustrators on the island and overseas. The annual will be launched on Friday 13 November at 5pm. Other activities about illustrations organised by the MCOI can be found in the programme.

The full programme of the Malta Book Festival 2020 (11-15 November) organised by the National Book Council in collaboration with a number of partners such as publishers, authors, booksellers, student organisations, and public agencies participating in the Festival, can be viewed online.