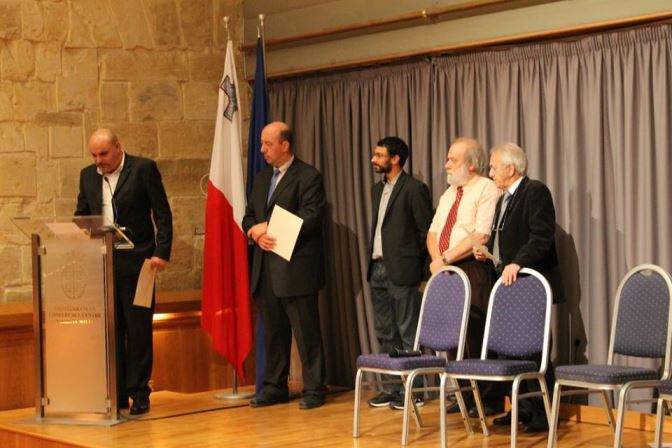 Below please find the Winners of the ‘MONS’ AMANTE BUONTEMPO’ Poetry Contest 2016 as announced in an official ceremony on the 11th of November 2016, in Temi Zammit Hall, Mediterranean Conference Centre Valletta during the Malta Book Festival 2016:

The Executive Chairman of the National Book Council, Mr. Mark Camilleri opened the evening with a speech. Following the prize giving session, the winning poems were announced and the evening was closed off with another speech by the President of Għaqda Poeti Maltin, Mr. Jesmond Sharples. The National Book Council and Għaqda Poeti Maltin would like to thank all poets who submitted their work for 2016 and wish them all the best of luck with their writing.